When a giant snake licks the lens of your camera, it’s probably time to get out of the water. But not for Bartolomeo Bove, a professional shark diver and underwater videographer.

In July, Bove traveled halfway around the world to swim with the largest living snake — the green anaconda. 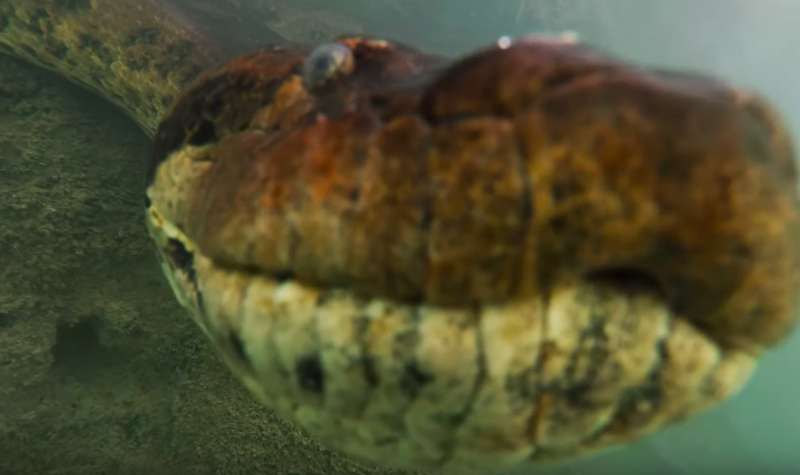 These huge predators typically live in marshes, swamps and murky streams in South America. But the Formoso River in Brazil offers crystal clear waters, making it the only place in the world where people can dive with anacondas.

Sure enough, Bove and his diving partner, Juca Ygarape, did find one of these graceful creatures lurking in the water — a female, approximately 23 feet long and weighing nearly 200 pounds. 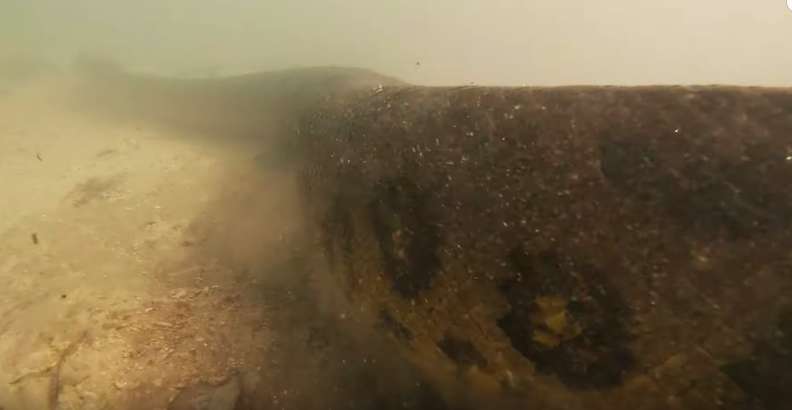 The massive nonvenomous snake was alternately playful and uninterested in the men swimming nearby. She inspected their camera and then swam away into the river.

Bove's encounter with the anaconda shows a rarely-seen side to the feared snake: “The anaconda swims calm and peaceful, completely indifferent to our presence,” Bove told The Dodo. “Sometimes she comes closer, curious about my camera, licking the lens.”

“The behavior of the anaconda debunks the myth that it is an aggressive and violent creature that can endanger people's lives,” Bove added. 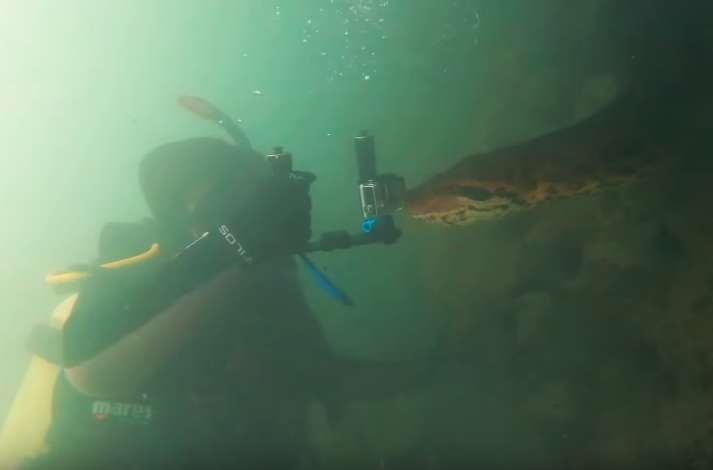 While Bove’s dive was a pleasant one, anacondas should still be treated with care. The green anaconda reaches its massive size on a diet of local wildlife such as capybaras, wild pigs, birds, turtles and sometimes jaguars.

The anaconda will wrap her massive body around an animal, squeezing and drowning her prey before swallowing the animal whole.

“It is without a doubt an extremely strong predator and the largest of all snakes that can react if threatened or molested," Bove said. "[She is] to be treated with a lot of respect.”

Bove is hopeful that his video can show the magnificent reptile in a new, gentler light, and describe his experience where words fall short.

“It was an unbelievable experience,” Bove said. “No words can do justice to the sensations that I was really feeling during that experience.”

Here Are The Best Pet Product Deals This Week