Dog Protests Coming Home From Walk In The Funniest Way

Meet Ryder — a sweet dog with a flair for the dramatic.

Ryder, who is half Lab and half basset hound, loves going for walks with his dad so much, he wishes they could last forever. Recently, he’s even figured out a way to let his dad know exactly how he feels — with a hilarious protest. 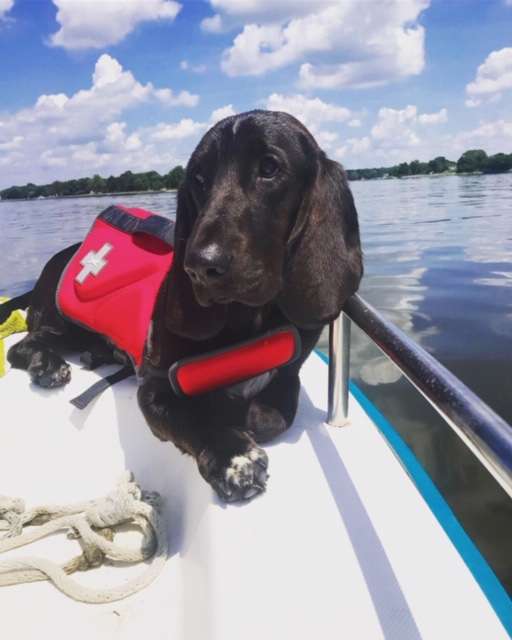 “The minute he realizes he is coming home or walking a path that he has already sniffed out he sneakily starts to slow down and look at us like, ‘Boring! I’ve been here and sniffed all these scents before,’” Sean Tornetta, Ryder’s dad, told The Dodo. “[Then he] will just drop. It is hilarious the way he does it … so dramatic as if he knows what he is doing.”

When Ryder started lying down on his walks, Tornetta would bend down and pick the dog up, carrying him like a baby the rest of the way. Tornetta didn't realize he was playing right into Ryder's hand. 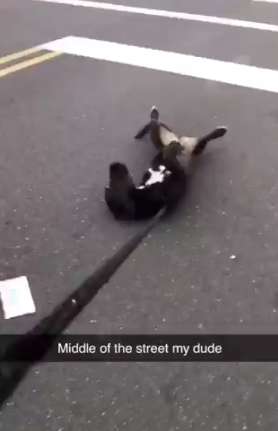 Now, Ryder keeps getting more and more dramatic. Every time he goes outside is a new performance — and the street is Ryder’s stage.

But no matter how convincing the dog’s show, Tornetta isn’t buying it.

This is how my dog protests coming home from a walk. This happens every time pic.twitter.com/a6el7A92Xq

“He pretends like he is exhausted but every time he drops he is a block or so from our house,” Tornetta said. “He is in shape and can certainly make it. We’ve seen him spring and play for hours at the dog park so we know it's all an act.” 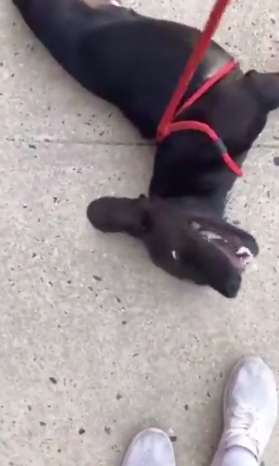 Only one thing can distract Ryder long enough to make it all the way home: “The second I start to wiggle my pocket with treats, he springs right back up like nothing happened,” Tornetta said. “It’s quite hilarious how sneaky he thinks he is.”

As funny as it is to watch Ryder collapse, Tornetta is slowly trying to train him out of the behavior.

“Now we hold out treats and make sure he makes it home before he gets them,” he said. “As cute as it is, we have to train him to make it home.”

Vet Pours Her Heart Out In An Emotional Letter, Explaining How She Feels Carrying Out Euthanasia

Victory! PETA and EPA Scientists Save Hundreds of Birds

Victory! PETA and EPA Scientists Save Hundreds of Birds