Bernie was adopted when he was 2 years old, and over the past six years, his family has noticed that he pretty much has two modes: sleeping, and having as much fun as possible. Recently, his parents got married, and throughout the entire weekend, Bernie decided to ignore the fact that this was a very important milestone for his parents and just be the life of the party instead. 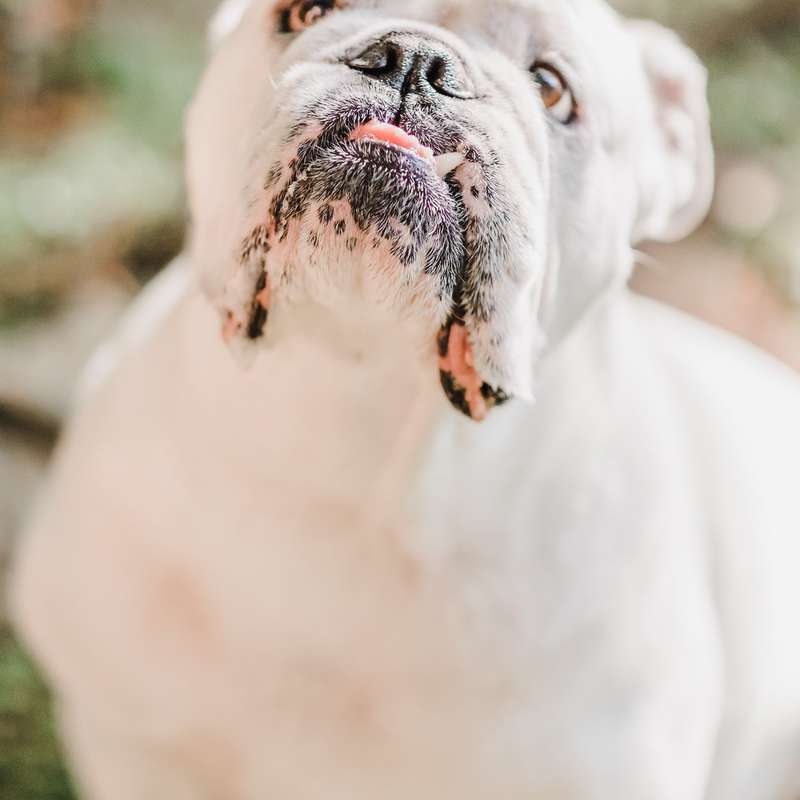 His parents kept Bernie inside for the actual ceremony, because they knew that the little goofball might not be able to put on his serious face for that long.

“He has a tendency to sit on my feet/dress/etc,” Rebecca Simpson, Bernie’s mom, told The Dodo. 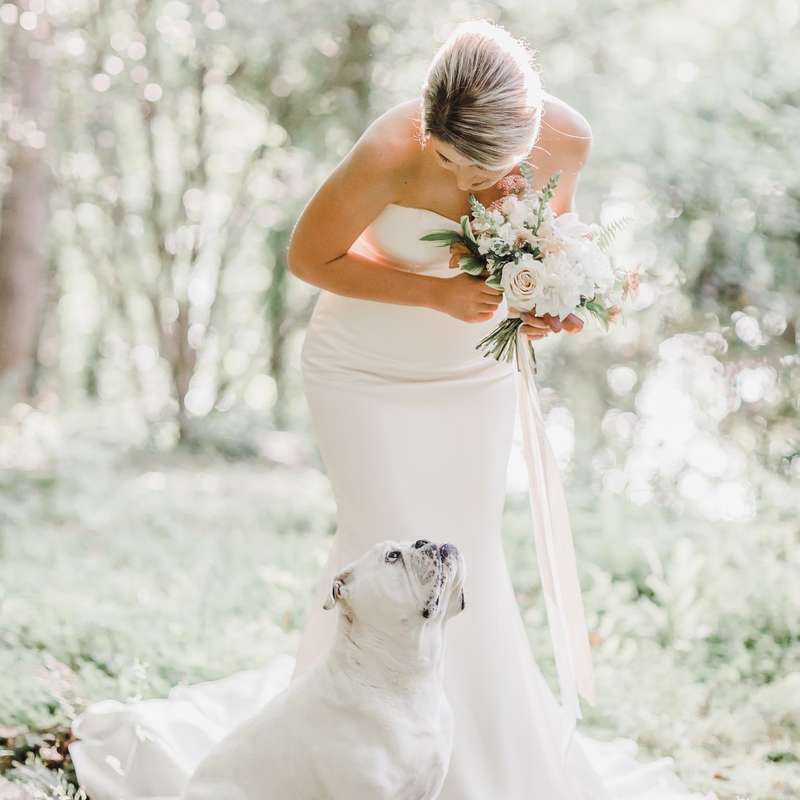 The wedding took place at Brown Mountain Beach Resort in North Carolina, and the couple couldn’t have asked for a better location. The flowers by Lindsey Horne at The Edgemont Garden were all in place, photographer Jillian Knight was ready and waiting, and it was the perfect wedding. Afterward, the couple went down by the water to take some gorgeous wedding photos and invited Bernie to join them, since he’s the third very important member of their little family.

As soon as Bernie spotted his parents, though, he immediately decided he wasn’t at all into the idea of posing — and chose to have some fun instead, right in the middle of the photo shoot. 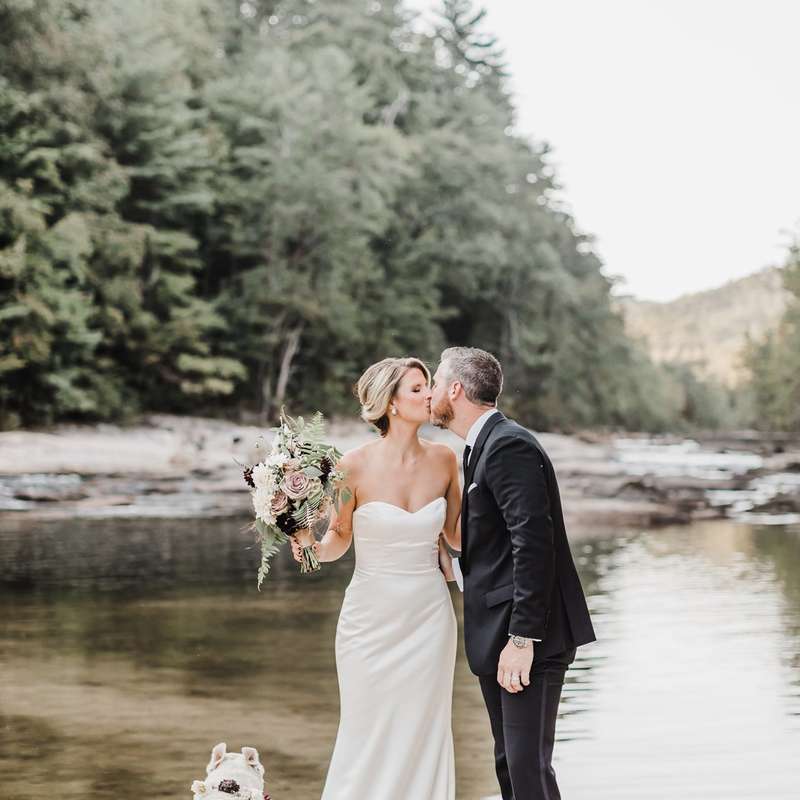 “He actually bolted straight towards us when he saw us and someone had to scoop him up to avoid him covering my gown in sand and water,” Simpson said. “We asked him to sit, but in typical bulldog fashion he was only focused on what he wanted to do.” 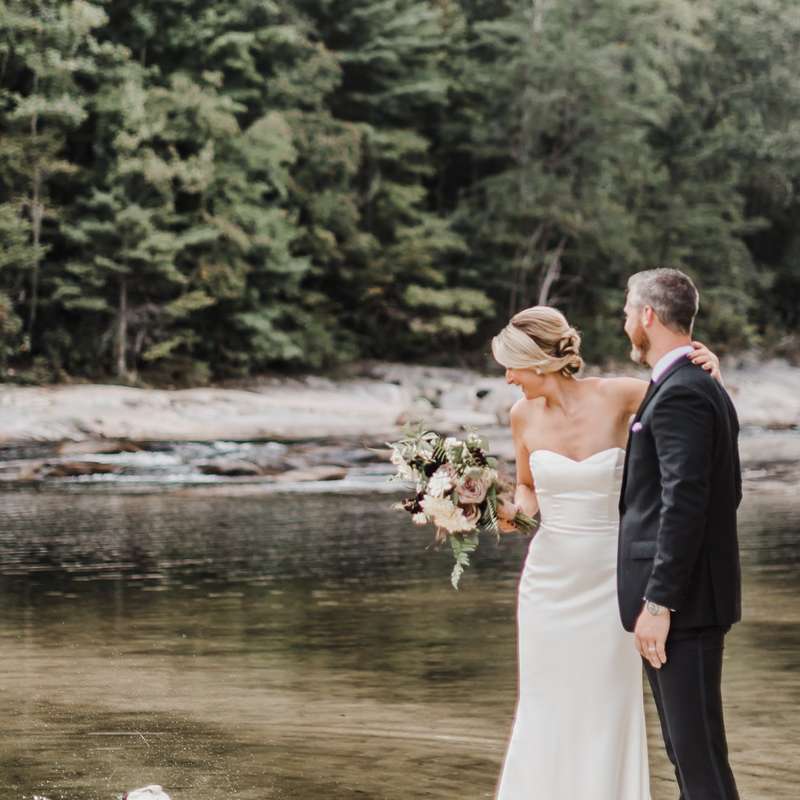 Bernie decided that what he wanted to do was splash around in the water and roll around in the sand — so the very quick-thinking photographer decided just to roll with it.

“Our photographer Jill was amazing — she saw the opportunity and vision for these pictures and told us just to keep laughing and posing while he was in the background doing his own thing,” Simpson said. “And [the photos] turned out better than we could have dreamed!” 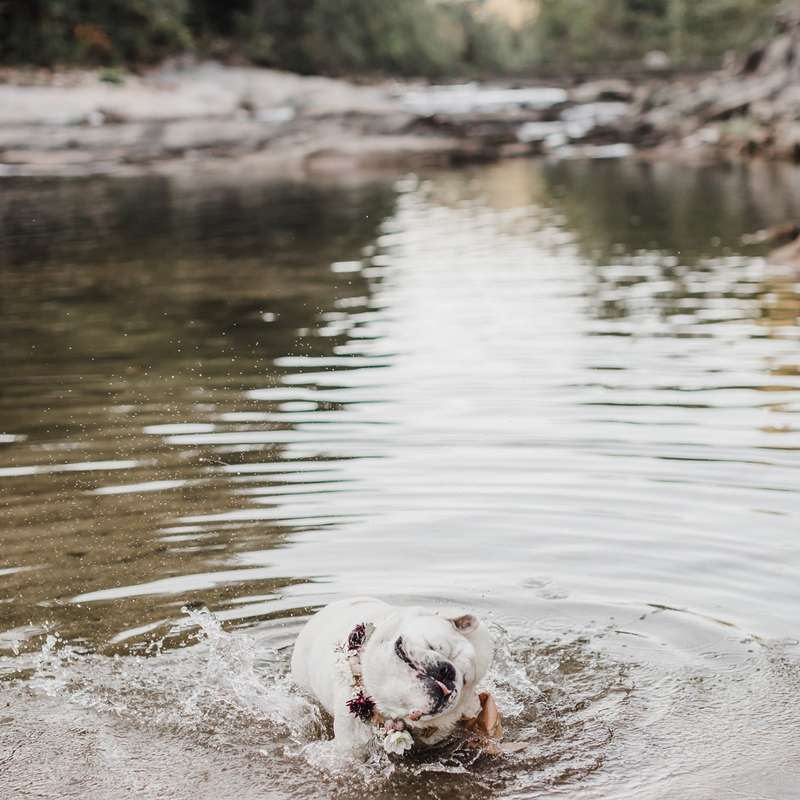 Bernie had spent all weekend running around and playing in the water, and had no intention of stopping just because there was a photo shoot going on. But he did continue to check in with his parents, to make sure they were having lots of fun, too. 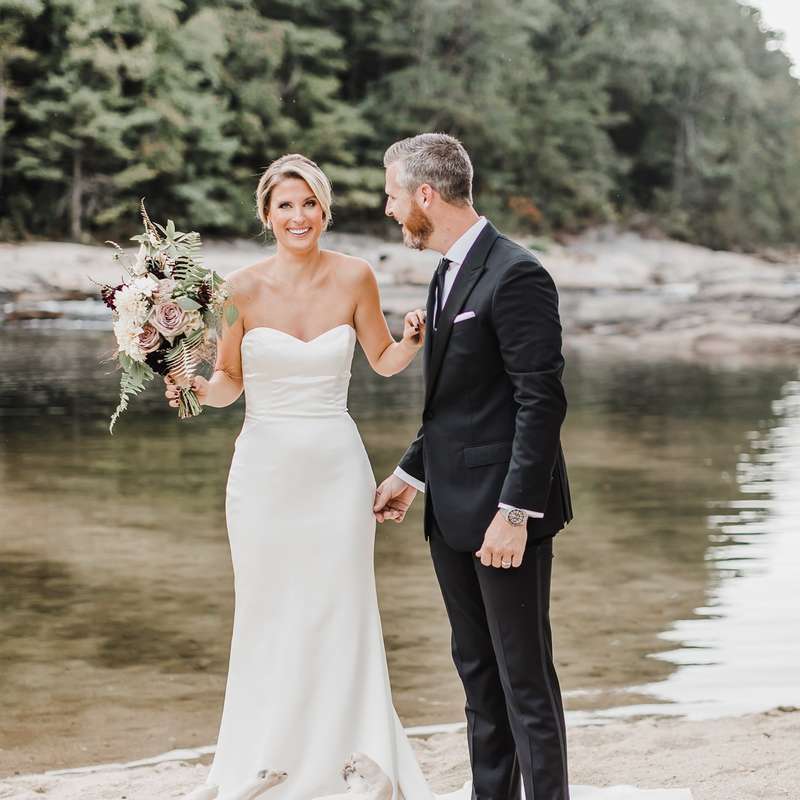 “We didn’t realize it at the time but all 120 guests were on the deck watching, and when he got in the water everyone burst out laughing,” Simpson said. 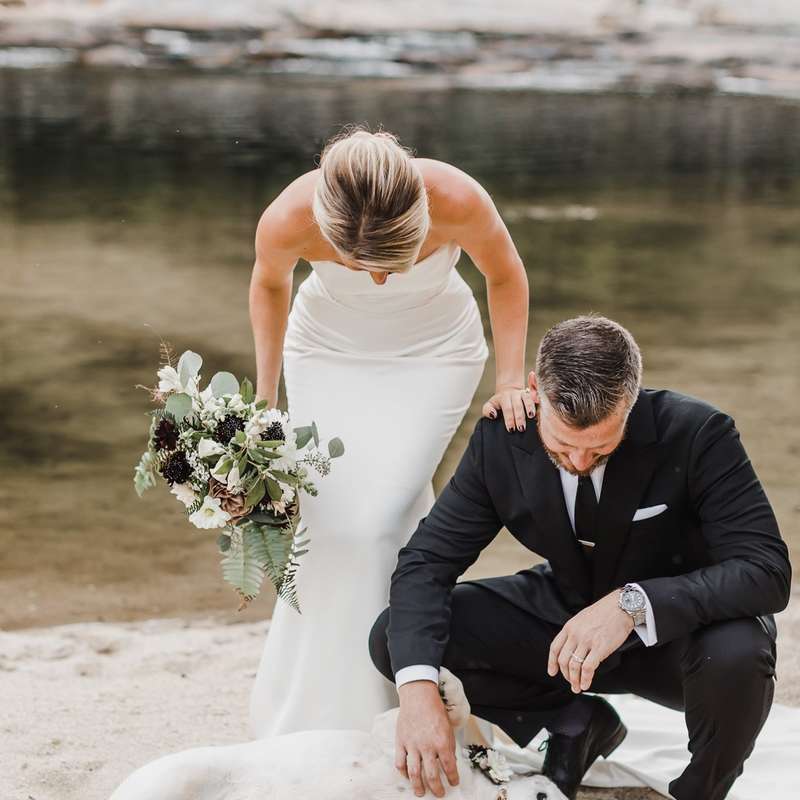 Everyone attending the wedding was just as in love with Bernie as his parents are, and couldn’t wait to play with him at the reception. 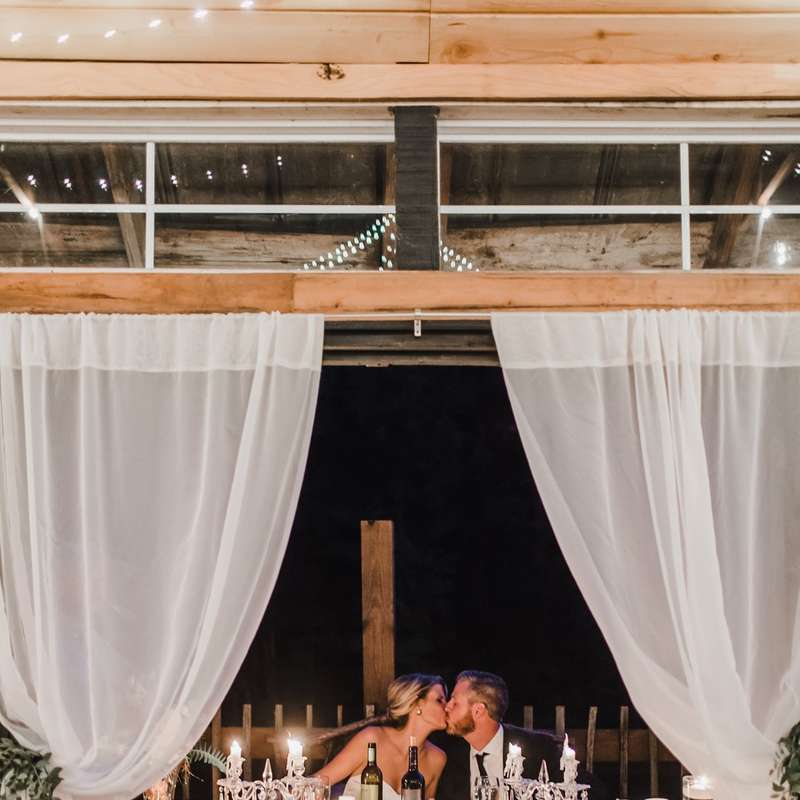 After the photo shoot, the trio headed over to the reception, and Bernie had a blast meeting everyone, begging for food and, of course, sitting on his mom’s feet. He may be stubborn sometimes, but Bernie loves his parents so much and was so happy to be involved in their special day.