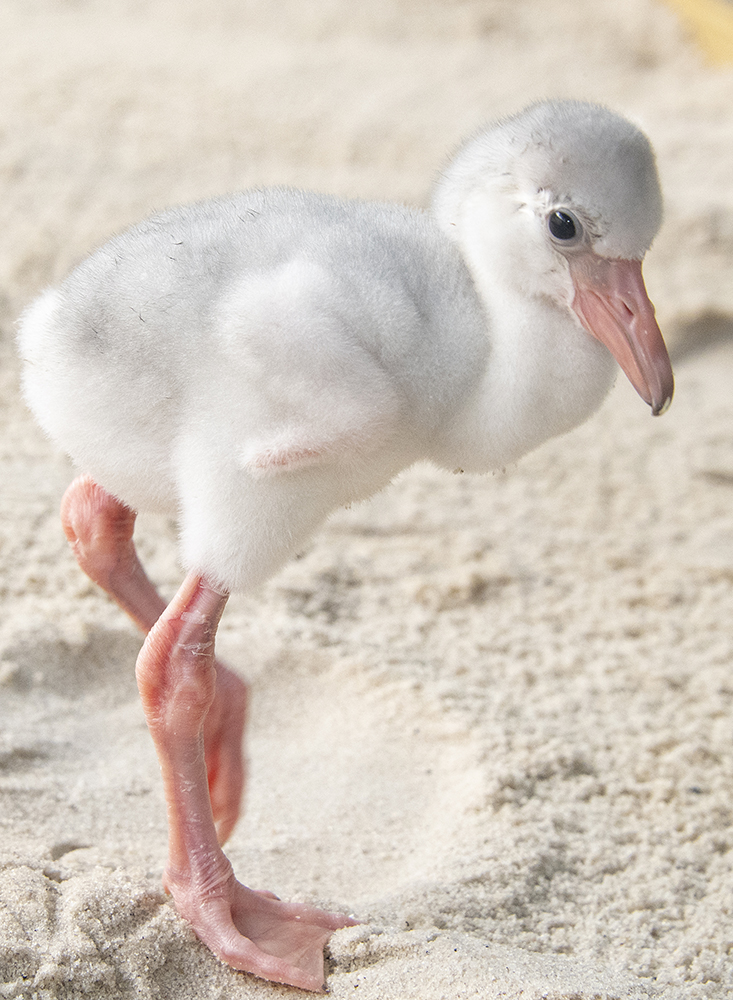 On Wednesday, September 25th, a Caribbean flamingo hatched at Zoo Miami!  This is the first hatching of this iconic species since 2011 and is the first time that a chick has hatched since the flock was moved to their new exhibit in the zoo’s entry plaza. 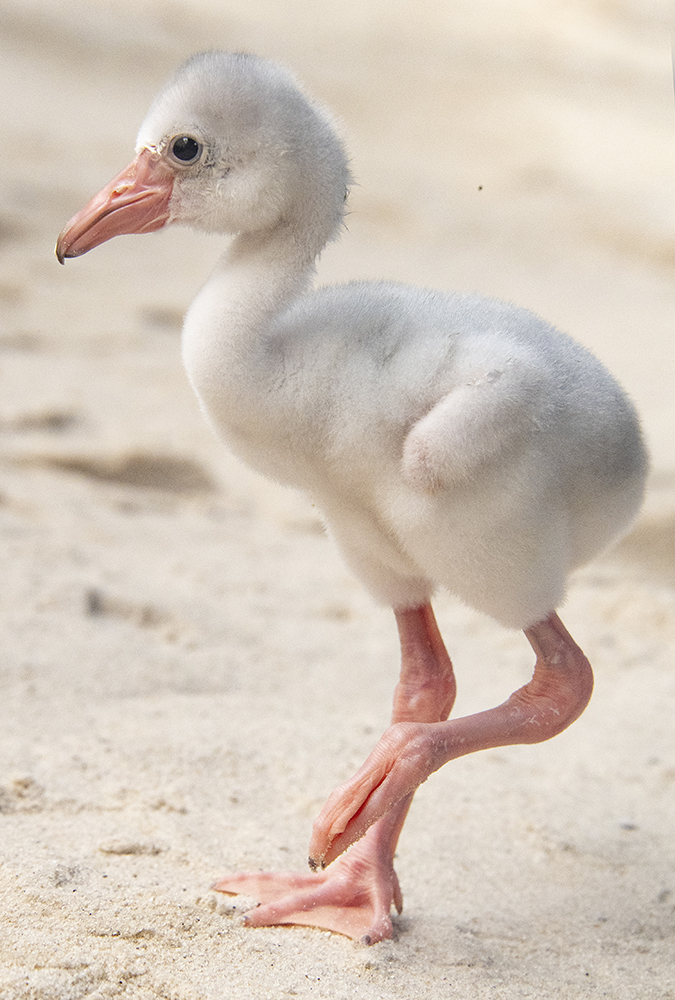 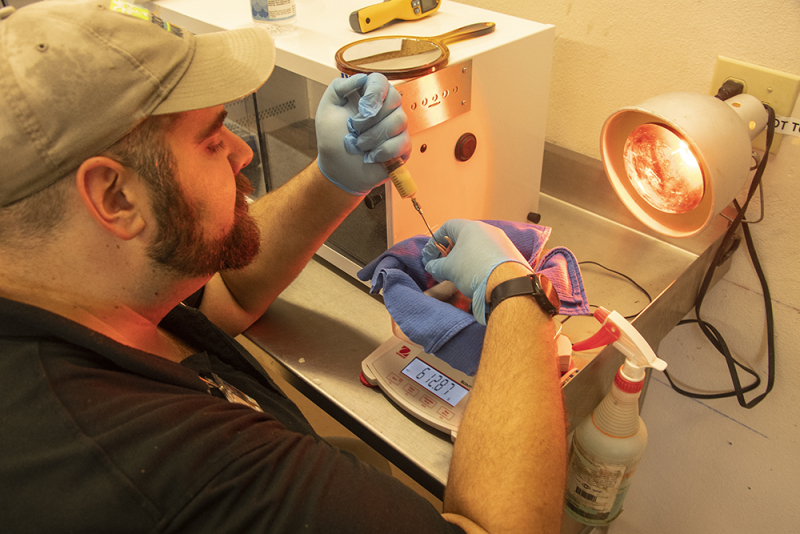 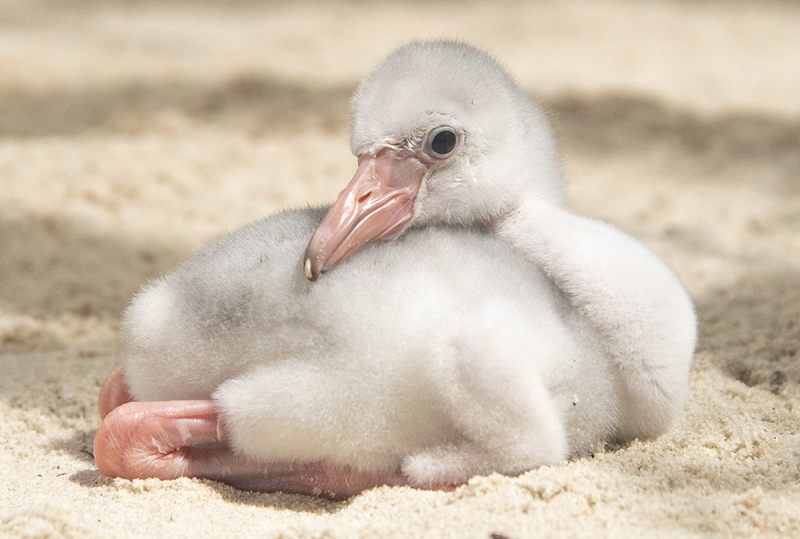 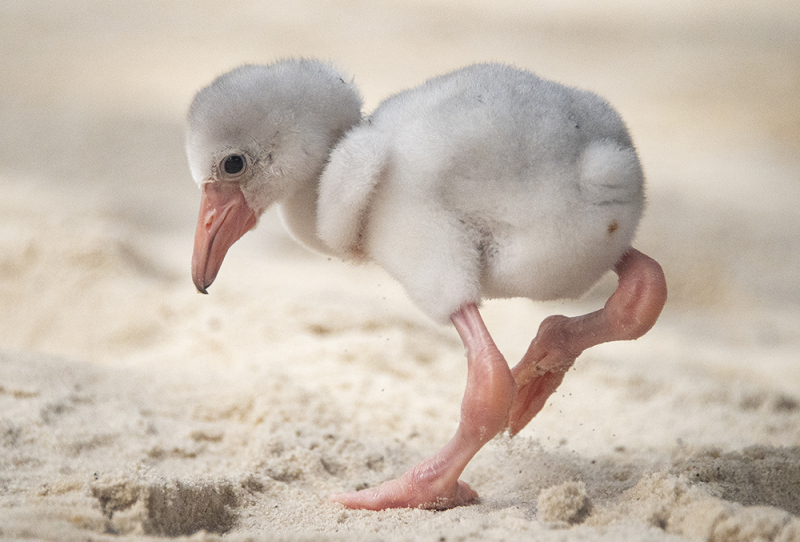 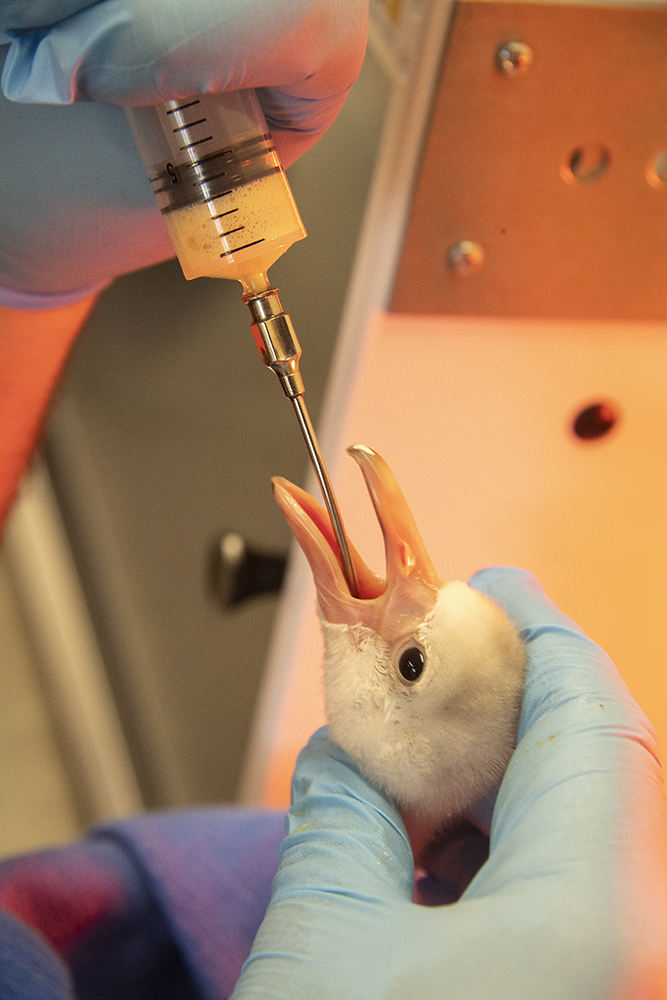 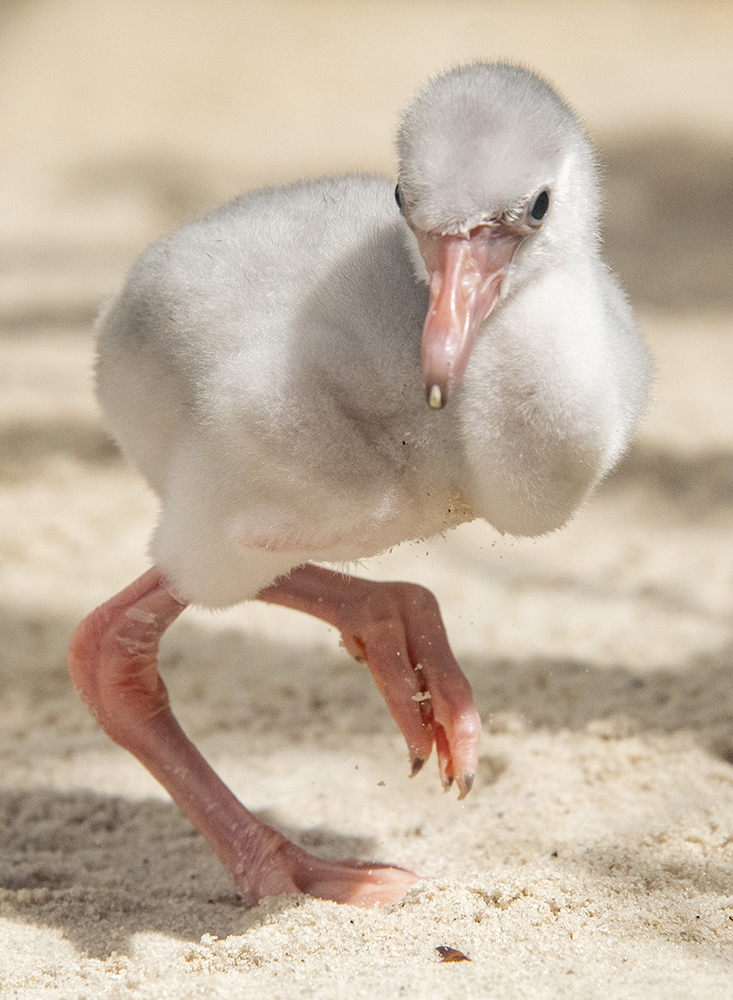 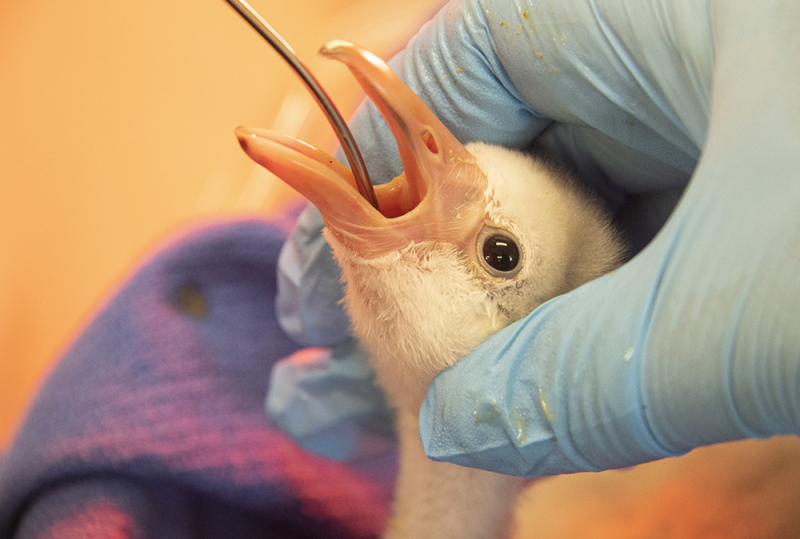 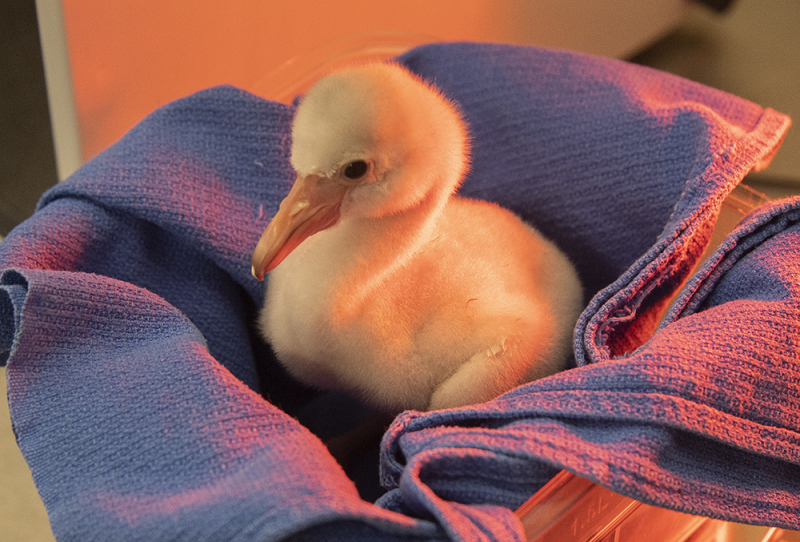 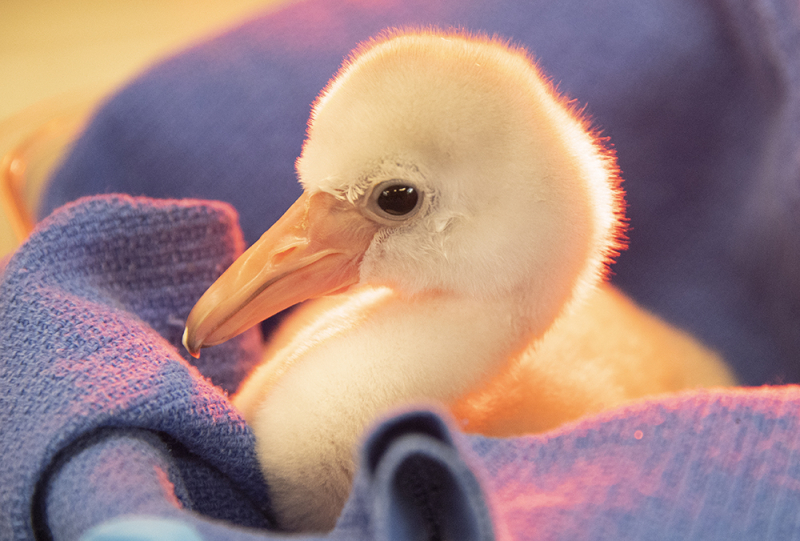 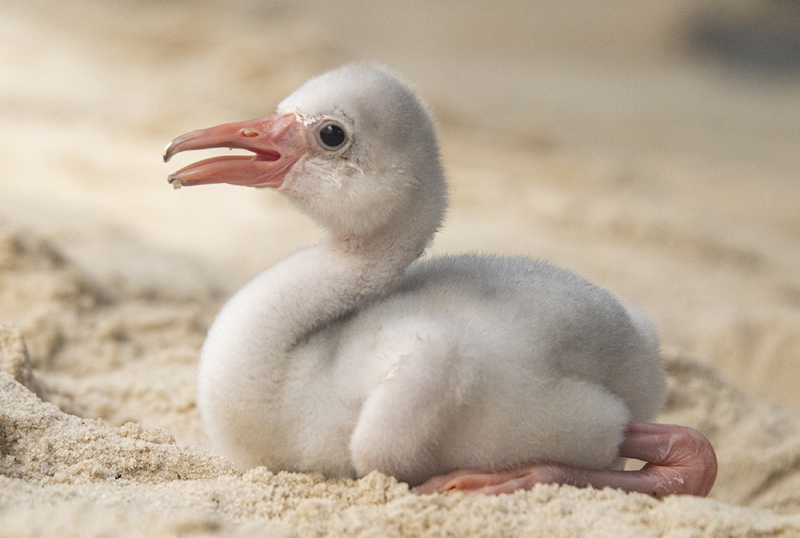 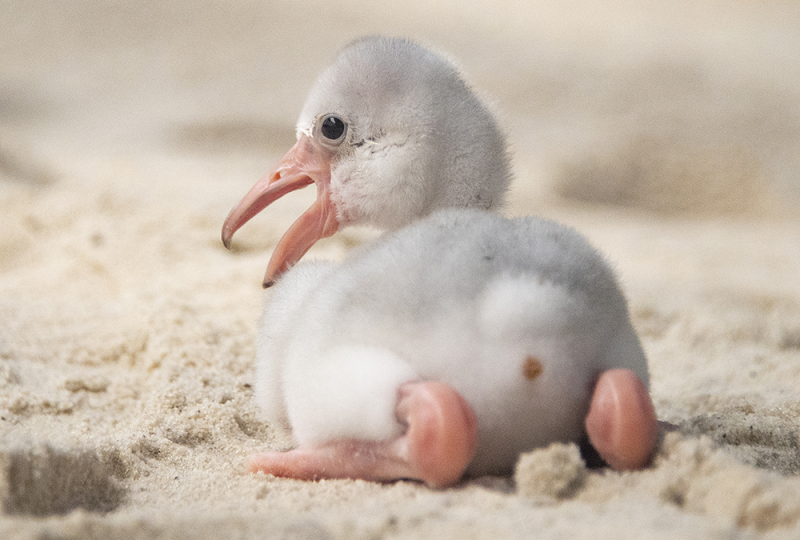 The egg was artificially incubated when the parents kicked it off the nest and the egg fell in the water.  The incubation period was 31 days.  The parents are a 17 year old female and an 8 year old male.  The chick has been feeding well under the care of the bird department specialists in the Brooder/Hatchery building at the zoo and today was provided a new exercise area outdoors to help with its continued development.

Once the chick has developed its full feathering and is feeding well on its own, it will be introduced to the flock where it should be accepted without any issues.

The Caribbean or American flamingo is one of the largest and certainly the most brightly colored of all the flamingo species.  It ranges from Mexico through the Caribbean and into South America with a small population in the Galapagos Islands.  They feed on alga and a variety of aquatic invertebrates.  It is from the keratin in their diet that they get their salmon pink coloration.  Though they are found in large flocks, they form monogamous pairs and the females only lay one egg.  When the chicks hatch, they are a light gray color and will not achieve their adult coloration until after they are a year old.

Though presently listed as a non-native bird in the state of Florida, the Conservation Team at Zoo Miami has played a significant role in re-evaluating that listing, citing evidence that Caribbean flamingos are indeed a native bird having nested in great numbers within the state many decades ago and should be classified as such to provide them with greater protection.

This “Dancing” Cat From Japan Has Some Serious Moves