Little Dog Can’t Stop Thanking The Woman Who Saved Her

Like most dogs, Penny was thrilled to leave the shelter — and she made sure her rescuer knew how grateful she was.

On Monday, Lia Domingo was supposed to go to the Augusta Animal Services shelter in Georgia to rescue a pit bull named Peety on behalf of The Pixel Fund, a dog rescue group. But at the last minute, Deborah Kirkland, executive director of The Pixel Fund in Georgia, asked Domingo if she’d also rescue a 1-year-old corgi mix named Penny. 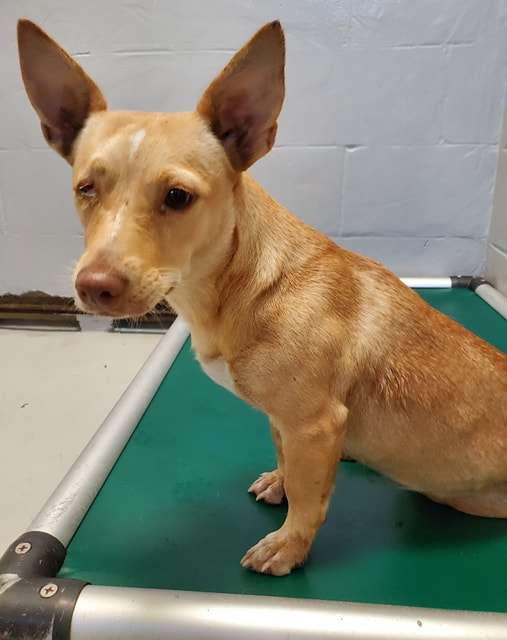 “She [Kirkland] heard that there was a dog named Penny with a hurt eye, and none of the local rescues had any interest in helping her,” Domingo said.

Domingo immediately agreed, and as soon as she got to the shelter she went to meet Penny.

“When I saw her, it just broke my heart because she was very scared and not very receptive,” Domingo said. “She was very nervous. She didn’t even want to look at me the first day. She just cowered.” 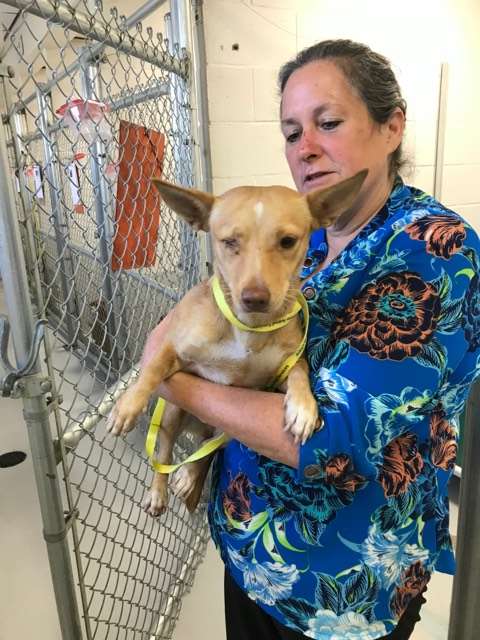 Domingo loaded both dogs into her car and started an hour and a half drive to Sparta, Georgia, where she was supposed to meet Dedee Nystrom, another volunteer who was going to take over. But the shelter called Domingo and asked her to come back — Peety’s family had actually called to reclaim their dog, so he needed to be returned.

When Domingo touched base with Kirkland, Kirkland suggested returning both Peety and Penny to the shelter just for the night. That way Domingo could just drive out to Sparta once on the following day, instead of making two separate drives if Peety’s family didn’t turn up. 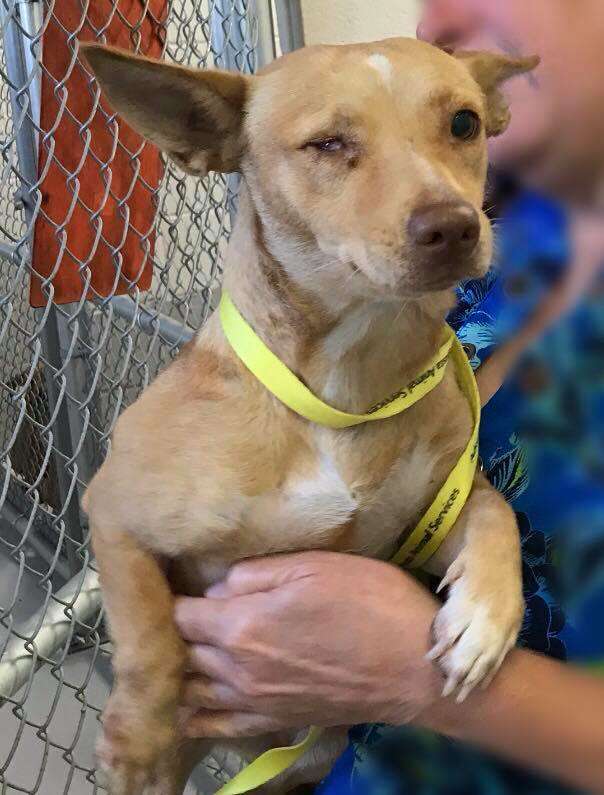 Dominigo hated leaving Penny there, but she made her a promise.

“I gave her a kiss and whispered in her ears, ‘Don’t worry, Penny. You know we’re going to be back. We won’t let you down. I promise,’” Domingo said.

Peety’s family did come and get her, but Penny was still alone — so Domingo went back for her the next day. When Domingo approached her kennel, the little dog couldn’t contain her excitement. 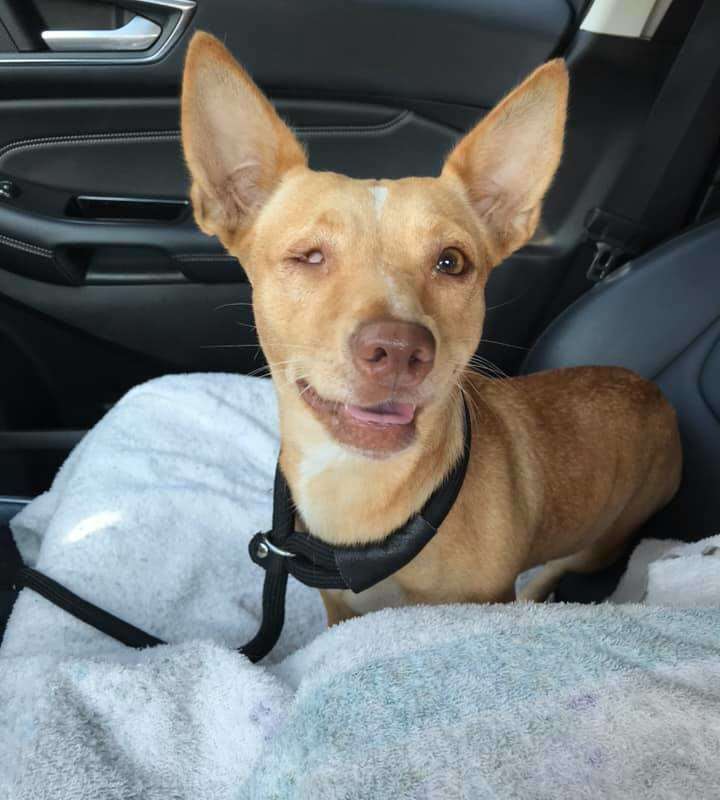 “She was a totally different dog,” Domingo said. “She just wanted to hug me. She even wagged her tail. And I was like, ‘Oh, yeah, it’s me — you remember me.’”

Once in Domingo’s car, Penny leapt into Domingo’s arms like she was trying to hug her.

“She put her little arms around me and wouldn’t let me go … she knew she was finally safe,” Domingo said. 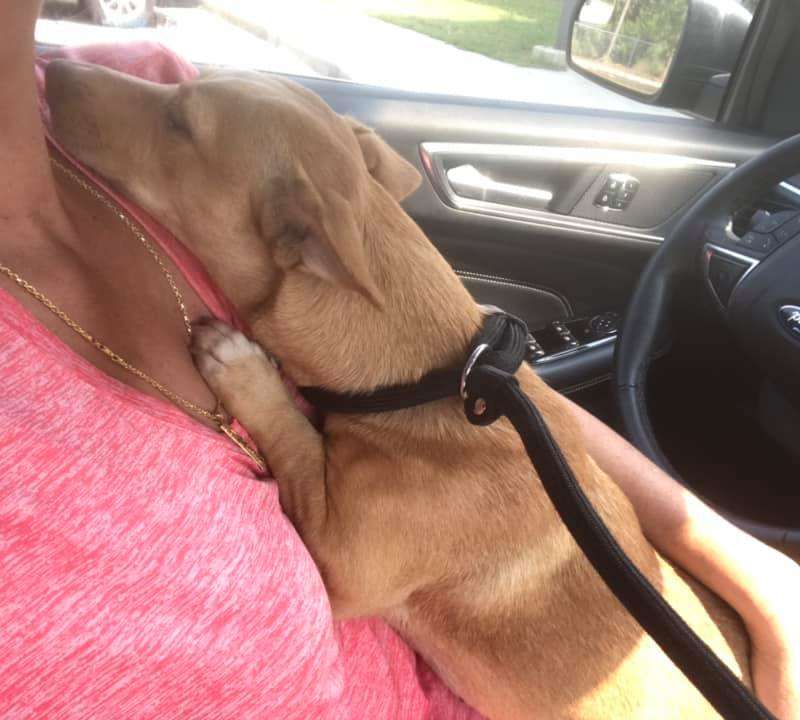 “I had a cry,” Domingo added. “When a dog trusts you that much, it just fills your heart.”

Penny didn’t want to stop cuddling during the entire drive to Sparta.

“I had to drive with one hand because she would whine, like she was saying, ’Pet me, pet me,’” Domingo said. 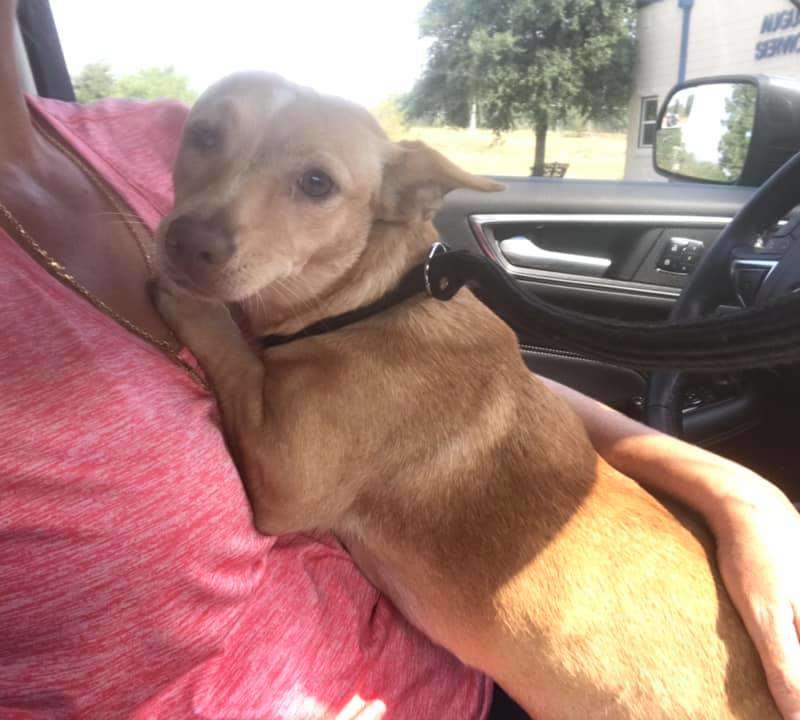 Once they reached Sparta, Domingo handed off Penny to Nystrom, who took Penny straight to the vet. Besides her injured eye, the little dog was also found to have heartworm disease.

But otherwise, Penny is doing really well, and she’ll be up for adoption as soon as she’s stronger and healthier, Kirkland told The Dodo. She also has a new name — Chloe Olivia. 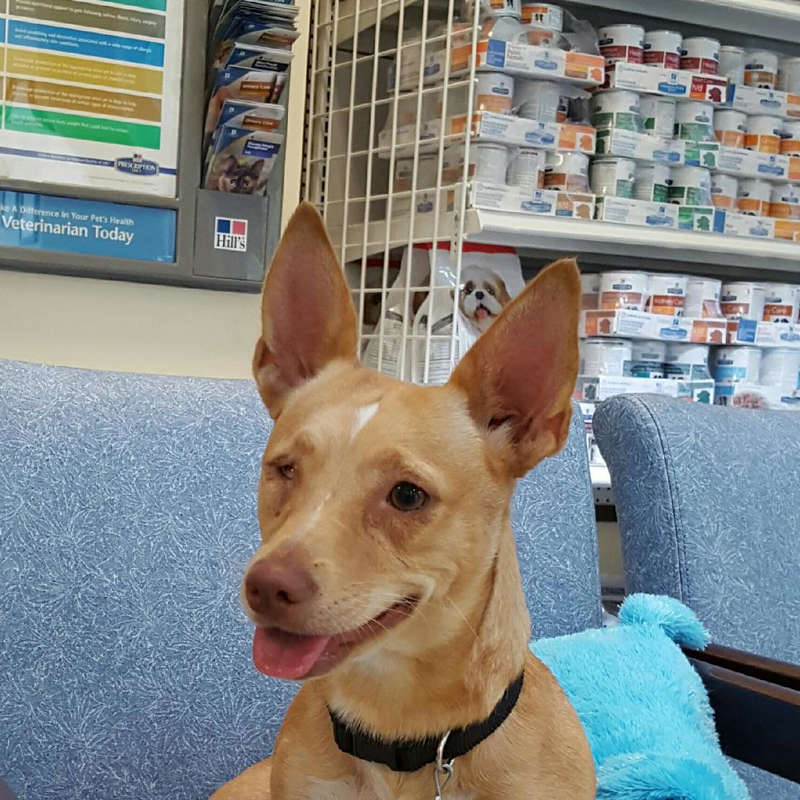 “She got her freedom ride and it was just beautiful,” Domingo said.

“Even though we did not get to save the pit bull ... he was put in our path so that we would find out about Chloe Olivia — aka Penny — and save this little girl who is just as deserving of a new family and a new life,” Kirkland said. “In rescue we always say, ‘Everything happens for a reason.’”