Adorable Sloth Out For A Swim Gets Free Ride To Shore

Even as it was happening, Anivaldo Pitta could hardly believe it.

Recently, while fishing from a boat with his brothers on a lake in Brazil, something in the water suddenly caught Pitta’s eye. A short ways away, a furry animal was taking a swim — an animal he initially thought was an otter.

But then the group moved in for a closer look. 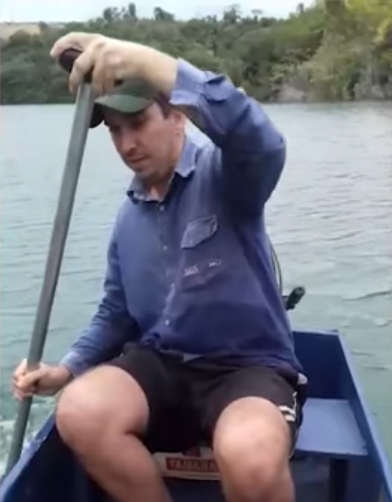 Turns out, much to Pitta's surprise, the mystery animal was actually a sloth. He’d apparently decided to take the direct route across to the opposite shore, as opposed to walking all the way around.

Fortunately, sloths are quite capable swimmers (albeit still rather slow ones). But Pitta and his brothers decided to give the little guy a lift to where he was heading, anyway.

Judging from video of that surprise encounter, the sloth seemed to appreciate the free ride:

After reaching the shore, the sloth simply continued on his way — the time required for his slow-motion journey across the lake considerably lessened.

For Pitta, that unlikely “catch” was more memorable than any fish could be.

“It was an unbelievable experience. I had never seen anything like that,” he told Gazeta Online. “If we hadn’t filmed it, no one would believe it.”

Read a Book to Benefit Yourself and a Furry Friend!

People Are Delighted By Darius, The Rat Whose Artsy Owner Taught Him How To Paint With His Feet